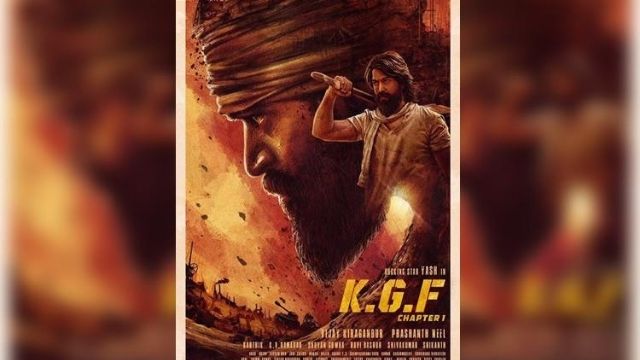 On Sunday, Amazon Prime Video announced that blockbuster Sandalwood film KGF: Chapter 1 would start streaming on February 5. Prime Video had announced that it had obtained the digital rights for the film earlier on Sunday. The release of the film in theatres was marked by a huge hype created around the film’s budget and the possibility of a box office success.

Amazon has bought the digital rights for KGF in all five languages – Kannada, Hindi, Tamil, Telugu and Malayalam. Amazon Prime on Sunday indicated that KGF: Chapter 1, which is on a dream run in the theatres since its release in December, will now be released on the video streaming service.

In a tweet, Amazon Prime also teased the users with the release of the film on its platform.

Within minutes, over 7,000 people retweeted it and fans expressed their excitement for the movie’s release on Prime Video.

Sources in the industry say that the film producers sold both digital and TV rights for Rs 18 crore. Earlier, the film producer had to sell satellite as well as digital rights to one entity. However, KGF: Chapter 1 sold its television rights to Colors Kannada.

The film has broken barriers ever since its release on December 21, 2018. It was released in over 400 theatres in Karnataka and in over 2,400 theatres across the country, making it one of the biggest releases for a film from the Kannada film industry. The film was released in five languages – Kannada, Tamil, Malayalam, Telugu and Hindi.

The film was also released outside India, in the USA and historically in Pakistan, making it the first Kannada film to be released in the neighbouring country.

It went head-to-head against Shah Rukh Khan-starrer Zero and according to trade analysts, KGF beat Zero in the box office and earned over Rs 200 crore in under a month.

Sandalwood films do fetch a good price on digital platforms. However, sources say that Amazon Prime outbid Netflix in order to obtain the digital rights. “This has not only helped KGF gain more popularity but has widened the digital purchase scope of Kannada movies. This might result in more demand for Kannada films on digital platforms like Amazon and Netflix,” the source told TNM.