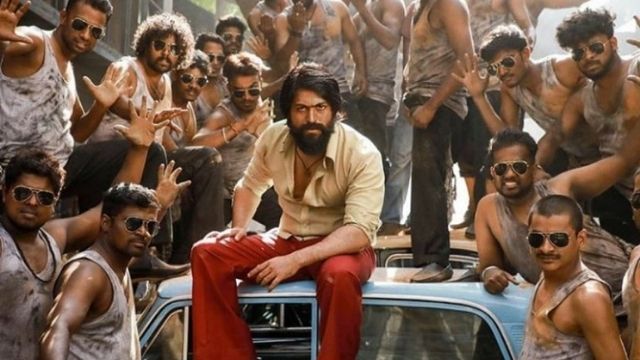 Yash’s period magnum-opus KGF has become the first Kannada film to break into the Rs 200 cr club, setting a significant industry record. The box office earnings of KGF has revitalised the spirit of the Kannada film industry and other south Indian filmmakers who are seeking to create a pan-Indian demand for their stories.

The heartening fact about KGF’s success is that the lion’s share of the revenue has come from the home state Karnataka, making the victory more substantial and crucial for the team. KGF is the only Kannada film to earn more than Rs 100 crore in Karnataka. Earlier, Baahubali: The Conclusion was the only movie to win that incredible feat. KGF has a running total of Rs 120 crore in Karnataka and is close on the heels of surpassing the record of Baahubali 2 which had amassed Rs 129 crore.

Malayalam film Njan Prakashan, which released on 28 December, headlined by Fahadh Faasil is raking in the moolah at the ticket window. The movie, directed by veteran filmmaker Sathyan Anthikad, has become the third highest Malayalam grosser of 2018 after Kayamkulam Kochunni and Odiyan. In Kerala, the film has grossed nearly Rs 20 crore with a share of Rs 8.9 crore and has been declared a solid blockbuster.

Njan Prakashan, which also stars Nikhila Vimal, Sreenivasan, and Anju Kurian in prominent roles, has become the highest-grossing solo film of Fahadh Faasil, besting another 2018 release Varadhan. The rest of the India gross of the movie at Rs 3.5 crore is also Fahadh’s highest. The film has been received well by audiences, and Fahadh has once again hit the bull’s eye with his distinct script sense.