KGF box office collection: Yash’s film set to reach $700K in the US 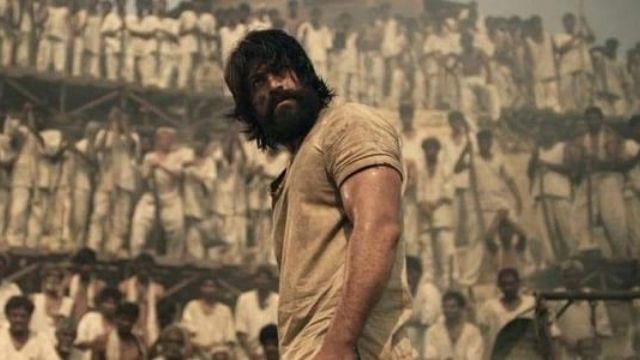 Rocking Star Yash’s KGF has struck gold at the US box office. The multilingual movie has earned the “blockbuster’ status in the country as the film is now headed towards reaching $700,000 mark.

After grossing $522,848 in the first week, KGF enjoyed good footfalls across North America during the weekend. On Friday, the movie, which is originally made in Kannada, earned $34,237 from 52 locations. It saw a good growth on Saturday by raking in $58,896 from 77 locations.

The movie required $18,977 to enter $700K- mark. The Tuesday report about its collection is awaited. However, looking at the trends, the movie is unlikely to reach $1-million mark in the US.

Nonetheless, KGF has set a new benchmark for Sandalwood in the US. The movie, which was simultaneously released in India and the US, has shown the potential of Kannada films in this part of the world.

The film was released last weekend in the Gulf and a few other counties. The response is said to be good.

Meanwhile, KGF has continued its dream run at the Karnataka box office. The Prashanth Neel’s creation has cashed in on the Christmas and New Year holiday season to become Sandalwood’s biggest hit of all-time.