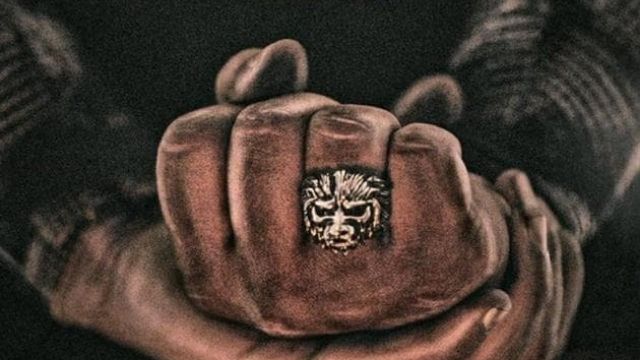 The makers have unveiled a new poster of KGF Chapter 2 which introduces a new character named Adheera. He is seen holding his hands behind his back, showing his lion ring.

The first look of Adheera from KGF Chapter 2 is out and it shows a pair of hands with a dramatic ring stealing the attention. The ring has a lion’s face on it and is worn by a man who is holding his hands behind his back.

The second chapter will follow the journey of Rocky bhai (Yash) as he rises to become the king of a gold mine. Actor Sanjay plays a pivotal role in the film. Since the face of the actor has not been shown in the poster, fans are wondering if it is Sanjay who plays Adheera in the film. Adheera’s identity will be revealed on July 29.