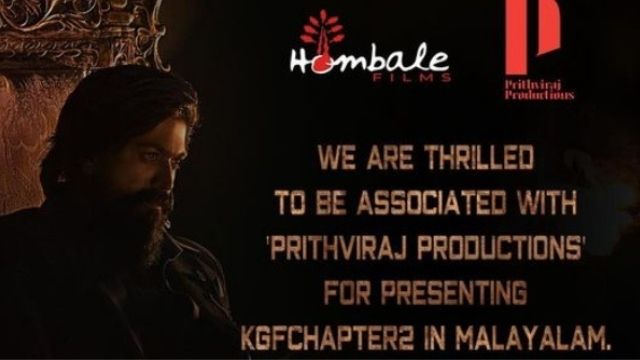 journey than to have the privilege of presenting one of the most anticipated films in the country. Prithviraj Productions is proud to present KGF 2. Like millions of you.. I too am waiting to see Rocky’s tale unfold!

KGF Chapter 2, the highly anticipated Yash starring pan-Indian project is getting released in Malayalam as well. Prithviraj Sukumaran, the actor-filmmaker recently took to his official social media pages and announced that the KGF Chapter 2 will be presented in Malayalam by his home banner, Prithviraj Productions. The fans of the KGF franchise and Yash from Kerala are totally excited about the new collaboration.