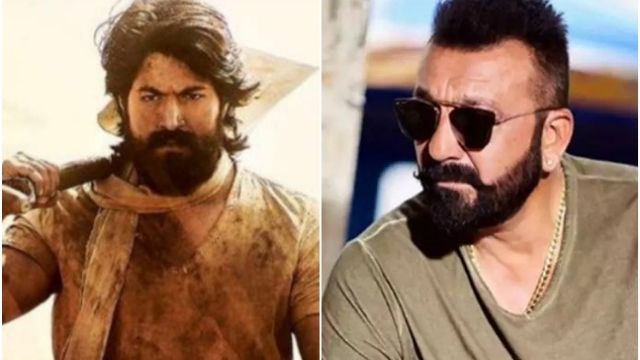 Bollywood actor Sanjay Dutt’s first look, from the most-anticipated Kannada film KGF: Chapter 2 is all set to be unveiled on July 29. Director Prashant Neel’s KGF: Chapter 1 released in multiple languages and went on to make box-office records not just in India but also across the country. Following the film’s success, the makers announced a sequel, featuring Yash and Sanjay Dutt in the lead roles.

The film, which is on the verge of completion, has been put on hold due to the outbreak of the novel coronavirus. Now, the makers have surprised the movie buffs with their latest announcement. First-look poster of Sanjay Dutt, who plays the antagonist, Adheera, will be out on Wednesday. The director of the film, Prashanth Neel, took to Twitter to announce the same.

In one of Yash’s earlier interviews, he said, “When director Prashanth Neel narrated the character of Adheera, he had himself mentioned that this role needs somebody like Sanjay Dutt. He was there in our mind right from the initial stages, and not after we ventured into five languages. Nor it did emerge after KGF became a huge success.”

Recently, Karthik Gowda, creative executive producer of Hombale Films, revealed that the post-production work of KGF 2 are progressing at brisk pace. The makers are aiming to release it on October 23, if things get back to normal.

The film features Raveena Tandon in important role. Major portions of the film were shot at a huge set erected in Hyderabad.